What Rav Shlomo Carlebach said to the Women of the Wall

Dear Friends, Herewith I send you a most remarkable discussion witnessed by my dear friend Rabbi Itzchak Evan-Shayish (Marmorstein) which took place in 1989 with the famous teacher and singer Rabbi Shlomo Carlebach z”l concerning the problems around the Kotel Hama’aravi, the Western Wall, and the “Women of the Wall”. After the highly disturbing incidents at the Western Wall in Jerusalem last Friday surrounding the religious service of the Women of the Wall, the insights of Rabbi Carlebach are of the greatest importance.

There is no need for me to comment on the insights stated by Rabbi Carlebach in his own beautiful eccentric Chassidic way. While I may not endorse every practical aspect of this discussion, the concepts expressed by Rav Shlomo are extremely important for us to take to heart.

This discussion was first documented by Rabbi Itzchak Evan-Shayish in 2014. It is important to remember that the discussion took place in 1989. Much has happened since and the whole issue around the Women of the Wall (WoW) has become very politicized. One wonders what Rabbi Carlebach would have said today.

I thank Rabbi Evan-Shayish for allowing me to publish this. (I have solely added a few words for the purpose of clarification.)


“Shlomo, why is everybody so against us?”

Rabbi Itzchak Evan-Shayish:
It was August 1989, and Rabbi Shlomo Carlebach z”l was speaking with the “Women of the Wall” in Jerusalem. This was not long after they began to daven [pray] every Rosh Chodesh at the Kotel and shortly after they began to be assaulted with verbal angry insults, chairs and worse by groups and individuals upset at this new activity at the Kotel.

I was lucky enough to be ‘hanging out’ with Reb Shlomo that sunny day and accompanied him to this extraordinary meeting. Crowded into the living room at Shoshana Devorah’s house on Levi Street were about thirty women deeply involved with this pioneering effort.

I remember it as one of the most extraordinary spiritual conversations I had the privilege of hearing. Fragments of it stayed with me forever but I forgot much of the content over the 24 years since then.

Unfortunately, the loud opposition to the WOW began to be heard again recently [in 1989]. I realized this would be an opportune time to share that conversation widely. Upon further research I discovered that the founder of WOW, Bonna Haberman – Zichrona Le’Bracha – had a cassette tape from that afternoon. After figuring out how to play a cassette through a computer, I listened to it and was brought back to that magical circle. Here are some highlights from Reb Shlomo’s response to their painfilled question:

Rabbi Carlebach:
“The Ruzhiner Rebbe said that he heard from his grandfather who heard from his father, the “Maggid of Mezritch” who heard it from the Holy Baal Shem Tov, [the founder of Chassidism] who heard from Elijah the prophet that anything that you do that has no opposition is not worth doing…

If I was the Chief Rabbi of Israel, I would get all the rabbis together and I would stand with flowers to greet all the holy women who are coming to the holy wall….

I’m absolutely ashamed of the Chief Rabbinate of Israel… You know what the problem is with the religious these days? They are so afraid of each other instead of being afraid of God… You know, if you ask the Chief Rabbi today, he won’t ask what does the Torah say? What does God say? He’ll ask: “What do the other rabbis say?”

Rabbi Meir Shapiro [one of the great rabbis of Eastern Europe and Rosh HaYeshiva of the famous Hakmei Lublin yeshiva 1887-1934] explained this with the most unbelievable Torah [insight]. If somebody was to look down from space and see a man and his dog on a leash you would think that the dog is the leader, until they come to a corner and the dog doesn’t know where to go. He looks back and waits for his master to give him instructions… the faces of the generations – refers to the leaders… the leaders of the world are like dogs, they don’t do what they think is right, when they come to the corner, they look back to see what the others think…

What’s the difference between a restaurant and a hospital? In a restaurant everyone has the same menu, you don’t like it, give it back. In a hospital, G-d forbid, if everyone would have the same food [medical care], they’d soon be dead…

Is the Torah a restaurant or a hospital?

Is the Torah so small that it can only cater to the Satmar Rebbetzin? What you (the WOW) do is not for all women, some don’t need it.

You’re not speaking in the name of all Jewish women… there are some yidden, Jews, that need Rabbi Shach… some need Lubavitch… some yidden need something else… everybody has their own needs…

You know, everybody today talks about giving aliyot to women.

In 1966 when we opened the “House of Love and Prayer” in San Francisco, I saw a girl, depressed, standing off in the services. She kept showing up at our services and one day I asked her “Why don’t you hold your head a little higher?” The craziest thing is that she says to me, “Can you maybe give me an aliya?” Gevald! (unbelievable!) We gave her the highest aliya in the world.

She went back to New York and I never saw her again. Twenty-three years later I’m sitting on an airplane going to Israel next to a beautiful young man who is going to yeshiva. We start talking and he says: ‘You know, my mother knows you well.’ It was the son of this girl. She married a rabbi and this holy young man was their child… so it was worth it, right?”

Another story: I’m doing a concert in Paris…a young lady comes up after the concert and says: “I want to tell you a story. I came come from a very religious home in Boston. I wanted to draw, to be an artist. My family kicked me out. I got a scholarship in Paris that was just enough for school but not enough for rent and food. So I took up with the first young man who offered me his kindness. I moved in with him and four years later he proposed. He was overjoyed to marry me, but asked if I could please convert to become Catholic. Sure, why not? I was supposed to convert on a Sunday. The Shabbos right before, I was walking around Paris and I passed by the synagogue. I don’t know why but decided to walk in. They had just taken out the Torah. The rabbi approached me and said ‘I’d like to call you up to the Torah’ (It was a reform synagogue.) At that moment, it was clear to me that G-d was calling me. I said the bracha over the Torah and I mamash, really, made a vow to never convert, never marry a non-Jew. I want to introduce you to my real boyfriend’ and out comes a cute Jewish boy from Paris with the cutest peyos [sidelocks].

I have to tell you one thing. It says in the Yotzer Or bracha “o’se chadashot” – God is the “doer of new things”, “baal milchamot” – master of wars”, and then “matzmei’ach yeshu’ot” – “the sprouter of redemptions.” It takes a long time to “matzmeei’ach yeshu’ot” – sometimes you have to make milchamot… If something is important for you and you don’t want to fight for it, you’ll never do it… you have to hold out…

You know, what you [WOW] have to do before you go to the holy wall? The night before you have to come by yourself to the wall and say Tehillim [Psalms].

The heilige [holy] Baal Shem Tov said 300 years ago that before Mashiach comes Chava, Eve, will find her place back in the world…

One time after a concert I went down to the Holy Wall and there was a chatan and kallah [bride and groom], and we started singing with them… The police came and started to make a tumult and we left… At that time I was still a little bit naive, I thought maybe you can talk to them … Meir Fund and I went to the Chief Rabbi of Jerusalem, …. thinking you could talk to them… I said: “It’s beautiful that a woman comes but you stand there and measure her skirt – ‘you need a longer skirt’; and every yiddeleh [Jewish woman] that comes, you check? Why don’t you have people to greet the women and say mammash, sure, how much the holy wall is waiting for you? Who needs police?

I want to tell you something…you know what the hardest thing in the world is? To fight somebody and still have compassion for them because you have to do what you have to do…

Why should it be that only men have minyanim at the holy wall?

Why shouldn’t women? Why not?

You [WOW] are opening the gates for hundreds of Jewish women. It needs to be clear to you that you’re paving the way for generations to come…”


Originally written for the 2014 Kol Chevra. Yaasher Koach Gadol Meod, thanks, to Emunah Witt HaLevi for producing these wonderful and important yearly compilations.

* Rabbi Itzchak Evan-Shayish (Marmorstein) is a passionate student of the teachings of Rabbi Avraham Yitzchak HaCohen Kook (1865- 1935). Rabbi Evan-Shayish is doing pioneering work in bringing Rav Kook to the public through classes, writings and creative musical and dramatic presentations in Israel and all over the world. He is the gabbai and educator at Beit HaRav Kook Synagogue in Jerusalem. He is the chairman of Ohr LeRayah, a Jerusalem-based organization dedicated to sharing the universal teachings of Rav Kook with the whole world. He received rabbinical ordination from Rabbi Shlomo Carlebach, the Halakhist Rabbi Zalman Nechemia Goldberg z”l, and the famous Rabbi Zalman Schacter-Shalomi z”l. 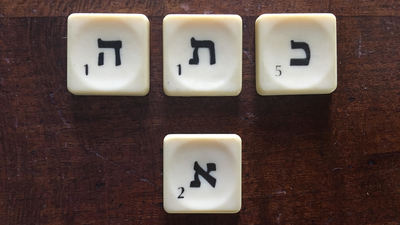 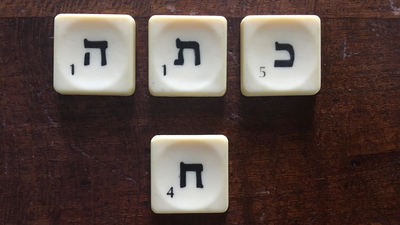 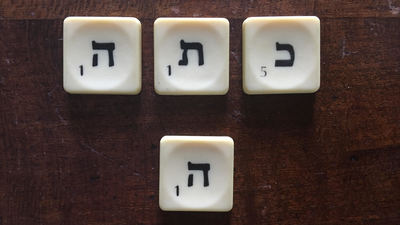