The Spiritual Uniqueness of the Israeli Army – Intermezzo

My very dear twin grandsons, when contemplating the fact that next week you will be enlisting in the Israeli army, many thoughts that I believe are of great importance for you to know come to mind.

When I was as old as you are now, living in a small town in the Netherlands, joining the Dutch army was never a real topic we thought about. It was simply not on the agenda. Only a few of us were called up; military service was something to be ignored. No wars or terrorist attacks were on the horizon.

My brother and I were born after the Holocaust, and although our parents and my parents-in-law had all been in hiding, like Anne Frank, while this terrible tragedy took place, and some of our family members had been murdered, our parents told us little about it. The Holocaust was far removed from our daily discussions and never occupied us – as was the case in other families. No doubt our parents did so to protect us.

The possibility of an upcoming war or terrorist attack was quite simply a foreign concept in the Netherlands.

My brother and I went to secondary school, planning to join our father in business or going to college. We had a peaceful life, playing with our friends, going on trips on our bicycles, playing soccer and holding innocent parties and debate sessions. The only “disturbance” that annoyed us was that we sometimes had a lot of homework and that we were forced to waste lots of time learning the dates of Dutch wars hundreds of years ago by heart. Even the Holocaust was never a real topic in our (non-Jewish) school; it was ignored; and nobody protested (which is scandalous!).

A peaceful, and relaxing life, with an occasional hiccup was all we encountered. Ours was a blissful, easy life.

However, once I married your dear grandmother and some of our children were born and we decided to come on Aliyah, we encountered a world which we never had imagined.

Once we were in Israel, we were confronted with several cruel wars and terrorist attacks and the necessity to serve in the army. We were not at all prepared for all this; nobody had explained to us how this would change our lives drastically. At the time we were still young, and it was easier to adjust. We loved living in Israel and still do. Now that I am 76 years old, however, I realize how much this new life took us by total surprise – suddenly a whole new world appeared.

I now realize that we who came on aliya are a “ bridging generation”, a kind of viaduct from the Diaspora to Israel. We still have one foot in “cultured” Europe, our other foot is in Israel. We brought a whole civilization with us, including a Jewish one, which barely exists in Israel. This is the reason that as we get older we sometimes have difficulties in getting used to real Israeli life, though we may have been in Israel 40-50 years, because this country is rooted in the world and culture of the Middle East and thus possess an entirely different attitude and culture.

This change in mentality and culture was a metamorphosis that I think we are still not used to.

When we arrived in Israel there were soldiers everywhere. There was constant talk of war. And terrorist attacks took place close to home; attacks in which we lost some dear friends. We also have friends who lost children in several Israeli wars.

I was called up to the army for a short period of time (I was already 40 and had a grandchild!). This shocking surprise increased. I was part of a company (pluga) comprising 150 Ger chassidim and some people, like myself, who came from outside Israel. Our Hebrew was far from ideal – which led to all sorts of misunderstandings between the officers and us, and we constantly had to ask them to speak slower so that we were able to understand them (which did not work!).

On one occasion, one of the officers who was twenty years younger than we were, started to curse us because we had made a mistake. The language he used was so vulgar that we could not bear it, and I stepped forward and told him that we, from outside Israel, were not used to that kind of language and were not prepared to listen to this kind of insults. I was not all aware that such critique towards an officer was absolutely unacceptable and could get me into trouble. It was another example of my complete “stranger status” in the army. To the surprise of all of us, the officer apologized and said I was right – which was a kind of “marvel” in the army!

Whatever the case, it was all foreign to me, as it was for my fellow soldiers. It was frightening, especially when the Gulf War broke out in the middle of our service and we had to run for our lives when it looked like a rocket was coming in our direction. We also had to learn and practice how to enter bombed buildings wearing gas masks to save people.

While I am very proud that I served, I cannot claim that I overly enjoined it! My entire Dutch comfortable life had been uprooted!

But today, at 76 years old, I stand before you, my grandsons, who now are enlisted. And this serves as a kind of wakeup call.

It suddenly hits me how much your lives are totally different at this stage in your lives compared to mine nearly 60 years ago.

While you are surely a little nervous, what hits me the most is the joy with which you and your fellows join the army. I know that you have been looking forward to this for years. All I can say, is that I never have seen or heard of another country where such joy was displayed when people join an army.

Most citizens in other countries see it is as their duty to enlist, but also as a burden (no doubt there are some exceptions). However, I have discovered in this beautiful country called Israel that so many people like you cannot wait to be enlisted.

What is the secret behind this? No doubt it has nothing to do with times of war, God forbid . We have an army which takes every precaution to avoid causing any unnecessary harm to even our arch enemies. (I never forget what Golda Meir once said: One day we may forgive our enemies for having killed our sons, but we will never forgive them for having forced our soldiers to take the lives of our arch enemies.)

While there are many possible explanations for this enigma of enlisting in the Israeli Defense Forces, there is one explanation that many of us do not consider that I believe to be of the greatest importance.

There is a fundamental difference between joining the Israeli army and all other armies.

While other soldiers want to defend their country and its people, for Jewish soldiers there is another dimension at play: the army not only defends the State of Israel. Israel’s army defends an idea and mission that comprise 4000 years of Jewish history, Jewish values, ethics, holiness, divinity, defending Jews outside the Land of Israel, Judaism, and being Jewish, together with the concern for the wellbeing for the entire world. This is a purpose that constitutes an entirely different way of perceiving and living life. 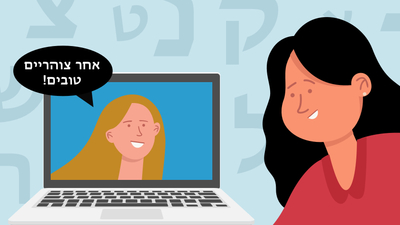 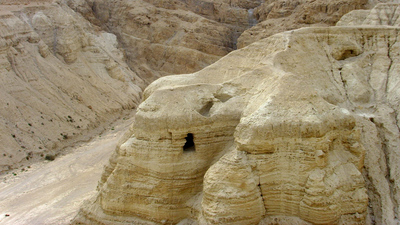 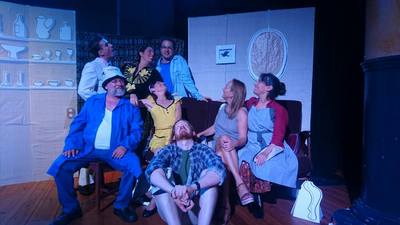