A Eulogy, for a Christian Who Helped Me to Become Religious

My dear, non-Jewish neighbor from many years ago in the Netherlands died last week on her 96th birthday. Her sons immediately informed me, and asked me to write a eulogy that they would read aloud at her interment. My eulogy would be read straight after the reverend of the church would speak.

I agreed – not only because of the request itself, but also because I felt an inner need to do so.

While I contemplated what to say, a world that brought up many emotional and deep feelings, and a certain awareness which I had never expressed before, appeared in my subconscious.

I will now relate the unusual story related to this woman …

When my brother and I were very young, we lived with our parents in a small village, Aerdenhout, 20 kilometers from Amsterdam and 5 kilometers from Zandvoort. Zandvoort is a village at the coast of the North Sea (between the Netherlands and Britain), famous for its many tourists in summer.

We lived in a beautiful small villa with a large garden and a small pond. We owned a grand piano which my brother and I used to play.

My father and his business partner, also a Jewish man who had intermarried, ran a wholesale business in sewing machines, Roco & Cardozo, which was very profitable. The business building was a beautiful “grachtenhuis”, a huge “canal building”, 6 to 8 floors, located at the Keizersgracht, the “Emperor’s canal”, which had been built in the 17th century in the center of Amsterdam, in the most affluent part of the city.

During the holidays, my brother and I would play in this building and we often looked out of the window of my father’s executive room, waiting for the moment a car that was trying to park at the Keizersgracht – which had no fence – would fall into the canal (how cruel can children be!). The driver would appear shortly thereafter on the surface of the water and be rescued. (People in Amsterdam were taught how to get out of the car in such an instance and save themselves!)

Many years later my father fell ill, a number of years later the building was rented out to the University of Amsterdam. After a time it went up in flames and the building, which today would be worth millions of Euros, was sold for a trifle; this was a huge mistake. Ultimately the business was closed down and our family lost most of its money.

In Aerdenhout, our neighbors on one side were the family of Dr. Hans and Mechteld Meyer. We were very close to them and their two sons whom we played with in the garden and in our quiet street.

Dr. Hans Meyer, the father, was an economist, and dealt with stocks. He was also the child of a mixed marriage. His father, Julius Meyer, was very influential and had even been asked to become a member of the Dutch parliament, but, as far as I remember, had refused the offer. He was a Shakespearean expert and wrote books on the Bard, of which I own a few. Julius Meyer was a self-declared atheist and had no connections with Judaism. He was married to a non-Jewish German woman whom he later divorced.

However, his son Hans, our neighbor, was a deep believer. He was also married to a German woman, Mechteld, (who has just passed away), who belonged to a very serious Christian community. Like Hans, her husband, she was deeply religious and well-read in the Bible and many other theological works.

Mechteld was a highly unusual lady!

Hans was an even rarer person. Being a child of a mixed marriage (like myself), he existed somewhere between two worlds – he was not really Jewish, neither was he a real gentile in his own view. Owing to this fact, I felt a very strong connection to him even though he was much older than I.

He felt very Jewish and often on Yom Kippur he would attend the services in the “Esnoga,” the famous huge synagogue in Amsterdam of the Portuguese and Spanish Jews who had come to the Netherlands after 1492 because of the inquisition in Spain. Later on, he would attend the Liberal-Conservative Jewish community in The Hague. And yet, on Sunday he would also attend church, where he prayed together with his wife Mechteld!

I was very friendly with both Hans and Mechteld. We had had all sorts of discussions about Judaism and Christianity, and Hans once conveyed to me that he would have liked to become fully Jewish if not for the fact that he did not want to hurt his lovely wife and family.

When my wife and I came on Aliyah and settled in Israel, he would often phone me and ask me about all sorts of Jewish religious matters. The reason he would phone was since he often delivered sermons at his church and he wanted to bring a Jewish religious idea into his address. So, I often helped him to write his sermon for his church – quite an unusual experience! I enjoyed this experience greatly since, I gained a great amount of knowledge about the New Testament and Christianity in general. This knowledge serves me well till this very day, although, of course, I do not have any affiliation with Christianity.

Later, when my parents’ home was made “kosher” (the Jewish dietary laws were observed in the home), he would come to us on Pesach night at our home for the Seder (“order”, the festive meal held in a specific “order” on the first night of Passover), which I conducted. Paradoxically, we sold our chametz (“leavened” items that may not be kept and eaten over Passover, and hence are destroyed or sold to a non-Jew for the duration of the festival) to him!

Our neighbor on the other side was Professor Smidt, a very devout Catholic who taught Christianity at the University of Amsterdam. I, 14 years old at the time, would sometimes visit him and ask about Christianity after I had spoken with Hans and Mechteld Meyer. I especially remember a conversation with him about something I could not fathom: the doctrine of the “Trinity” (a concept that defines one God exists in three distinct persons – God the Father, God the Son (Jesus) and God the Holy Spirit – that share the same essence). After many conversations, he admitted that he also did not understand this doctrine.

So, our home was sandwiched between some very unusual people. This is something I am very thankful for until this very day.

Hans, my friend, who died a few years ago, phoned me when he was very old and bedridden and told me that he was about to embark upon a “huge journey” and that he looked forward to what he would encounter in the “World to Come”. The next day he died.

Until last week, when I was requested to eulogize Hans’ wife, Mechteld , I had not realized how much these people influenced me – and to what extent I envy them!

They lived for one thing only: serving God and their fellow human beings. They prayed with enormous intent, and were permeated by a sense of the divine. Their conversations were always theologically orientated and of high caliber.

I envy them because I still feel very secular when I think of them. I observe Halacha as much as I can, but I miss the passion these people taught me by their example – even though the content of their prayers was, obviously, often very far removed from my personal ideology.

When I recall how I watched them say grace before and after the meal, hands folded, speaking out loud with enormous intensity to God, I wonder today what I am doing when I recite a beracha, blessing – often this has become a matter of routine and rote, lacking deep passion. Unfortunately, this is also the case with so many other prayers. I am deeply pained by this and often stop in the middle to remind myself what I am doing. Too often, God does not “feature” in my prayers, for I am merely reciting the texts as a matter of mechanical routine, rather than entering the intended religious experience.

“Prayer”, said Abraham Joshua Heschel, “is how to stand still and to dwell on a word.” It is the moment when a man surpasses himself. But above all an expression of utter amazement about our lives and this universe. Prayer lifts the most trivial matter to a level of an encounter with that which is beyond us.

Prayer is a strange experience of uttering words that cannot truly be uttered, since the mystery behind all of existence is inexpressible. Therefore, praying should send a tremble that shivers through my entire body – perhaps even physical faintness. Who am I to speak to God?

A blessing is an expression of ecstasy, a “wow,” in response to our utter amazement translated into words: “Blessed are You, God for…” Uttering a blessing expands God’s presence to everything and brings us to realize that everything we have is unearned and purely a gift. By reciting a prayer we at least “pay something back” and on some level justify having received the gift. How many of us realize this?

This is the foundation of Rosh Hashana and Yom Kippur. These are days of judgment as to whether we deserve anything. We only have a chance of encountering God when we allow Him into everything and educate ourselves to recognize Him in all we receive. Everything is a miracle that we did nothing to merit but are pure gifts: to live, to breathe, to eat and drink, to think, to laugh, to enjoy our friend and families, and above all, the phenomenal miracle of music.

Rosh Hashana is a day that protests the claim that we deserve anything. We stand naked before God and try to make ourselves at least slightly deserving of all these gifts by admitting that everything is a miracle.

This , aside from many other things, is what I learned from my neighbors Hans and Mechteld Meyer when watching them as they recited grace.

May their souls be blessed, and may we be blessed with many thankful years. 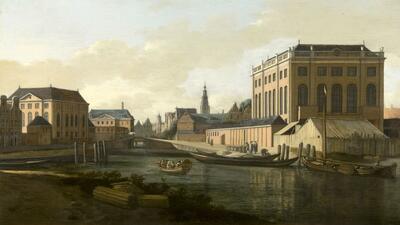 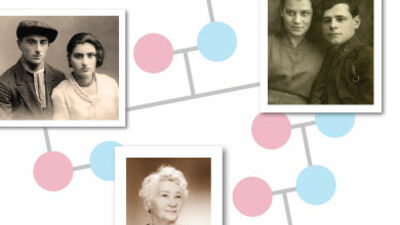