A Plea to the Secular and Chareidi Communities

As a child of a mixed marriage who converted to Judaism when he was 16 years old (today I am 74), and who staked his life on Judaism, I am frustrated, deeply pained, and embarrassed by the behavior of powerful segments within the ranks of both the chareidi and the secular Jewish communities. There are people on both sides who seem to be attempting to do enormous damage to Judaism and the State of Israel.

In my wildest dreams I never believed that it would come to this. It appears that some in both camps have lost all decency and respect for each other and are willing to destroy the future of our children and grandchildren in this beautiful country.

And what I especially do not understand is that those who do not belong to these chareidi or secular segments, but are upright, honorable members of these very communities, tolerate the behavior of some of their members. As the great statesman Edmund Burke once said, “The only thing necessary for the triumph of evil is for good men to do nothing.”

Yes, both communities – secular and chareidi – are standing by while some of their members endanger the lives of others!

The chareidim, who claim to represent authentic Judaism and even God Himself, allow some of their so-called fellow chareidim to cause a Chilul Hashem, a desecration of God’s name, in the eyes of the world. The way some of them have been misbehaving – refusing to listen the governmental and medical authorities who are trying to save their lives and the lives of others – is beyond comprehension. It is also a deliberate violation of Halacha. By refusing to wear masks, and by taking part in large religious gatherings such as the recent huge funerals, these people have caused people to become seriously ill and even die. They have made Judaism abhorrent in the eyes of many.

Nor are the secularists (how I hate this word to describe them!) entirely innocent. Some have used double standards, ignoring the fact that in their ranks too, there are people who constantly violate the instructions of the authorities. Some have allowed – or even encouraged – the media to scapegoat the whole of the chareidi community. This has merely driven the chareidim deeper into isolation, undermining their trust in the government of the State of Israel.

Have they forgotten that most of their forefathers would today be called ultra-orthodox Jews ? And do they not realize that it is because of these observant ancestors that they themselves remained Jewish? However much they might have objected to the secularism of the State of Israel, it was these very people who kept the Zionist dream alive. Zionism was born out of these people’s longing for the land of their forefathers, as emphasized by the fact that they constantly spoke about – and three times a day prayed for – a return to the Land of Israel.

Have those who disparage the entire chareidi community not heard of Rabbi Yehuda Meshi Zahav, the founder of ZAKA who is a chareidi Jew? Here’s a man with long peyot, a beard, who wears a black kippa, and who started an incredible UN recognized humanitarian volunteer organization to respond to mass casualty disasters all over the world?

Have they not heard of Hatzalah started by and mainly staffed by – chareidi Jews, who go out of their way to save lives and help all of us, secular and religious. These rescuers have even risked their lives during terrorist attacks to help the victims. It is these chareidi organizations that also make sure that the victims get a proper burial, in which even the smallest body part is treated with the greatest respect.

And then there is Yad Sarah, also started by chareidim, which provides assistance and medical equipment without any distinction between secular and religious.

How does anybody dare to write in respectable papers that chareidim are outcasts and that we would be better off without them?

Although I was raised in a completely assimilated family of businesspeople, I studied for many years in chareidi yeshivot. I also obtained a doctorate in secular philosophy. I have served in the Israeli army and nearly my whole battalion consisted of Gerrer Chassidim who were fine soldiers. And so I know both these communities from the inside.

Yes, I too believe that everybody needs to serve in the IDF or National Service, without exception. But I also know that there are more than a few secular Israelis who have managed to avoid serving.

I am fully aware that the vast majority in both of these communities have a lot in common when it comes to moral standards, which are deeply rooted in Judaism. Most of these people are deeply committed to their fellow Jews, whether secular or religious, and to the welfare of the State of Israel.

And so I ask both communities, why can’t you get on with each other?

Sure, you are allowed to have differences of opinion, but have you forgotten that you are one family? You are brothers and sisters who probably share many direct ancestors without even being aware of it.

To the chareidim I ask, why not tell your so-called ultra-orthodox friends not to heed those of their religious leaders who allow – or perhaps encourage – large religious gatherings? Especially when you know that most other ultra-orthodox leaders strongly object to such gatherings? And why do you not protest against the abuse of women and children, whether it takes place in your own or in the secular communities? Are you not to be an example to all of us? Show me any halacha which permits you to stay silent! You may not be guilty, but all of you, including myself, are responsible.

And to the secular Israelis, I ask for understanding of the plight of the chareidi world, where thousands of families live in very small apartments, sometimes with ten children, and are simply incapable of keeping them at home, nor able to send them to school or cheider during the pandemic. Rather than rail against the chareidim for keeping schools open, why not work with them and help resolve this problem so that they will have alternatives to violating the instructions of the government?

And when the lockdowns are over, why not invite each other to your homes discuss ways to help each other?

Would all this not create a fantastic opportunity to learn from each other and better understand each other’s point of view? You would be surprised how easily you could be friends!

Are you so afraid of each other?

Is the chareidi community so afraid that their children will be influenced by the seculars and “go off the derech” to become secular themselves? If so, what kind of Jewish education have you been giving your children that you need fear secular arguments? What kind of Torah and Talmud have you been teaching them? A Torah of fear, a Talmud of weakness?

And what about you, dear secularists? Are you so afraid of observant Judaism that you deny your children a chance to look into religious Judaism? How can you motivate your children to live in this country and defend it if they don’t know what they are defending? I’m sure you’re aware that the religious communities are a growing demographic. Without a Jewish education, you will have no hope of common dialog, and the schisms will only grow.

One does not have to opt for a chareidi or even a full modern religious lifestyle. But without a deep commitment to Jewish religious/moral values, Israel will not remain a Jewish country or even survive. And your children may move somewhere else.

No nation can live on a borrowed identity. It is important to realize that there is no Israeli claim to the land; there can only be a Jewish claim. If it was not the Holy Land to which our great grandparents returned, there would have been no reason for them to return.

To members of both communities I say, if you want to ensure that your grandchildren will live peacefully alongside one another in the future, you will have to heal the rifts between your communities now, before it really is too late.

May God bless you all with courage.

This publication was made possible with the support of the Louis and Dina Van De Kamp Foundation. 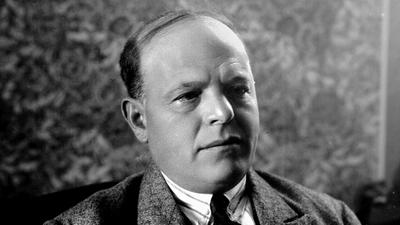 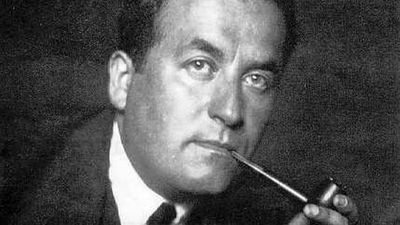 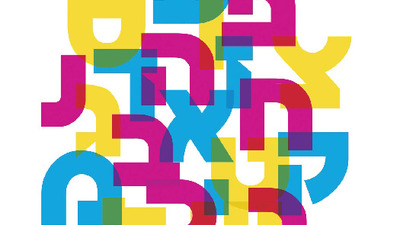