One of the most unique talents human beings are blessed with is the faculty of imagination. Unlike any other creature, the human has nearly unlimited potential for constructive fantasy.

In fact, our civilization is built on imagination. Without this capacity, no progress could ever be made – whether in science, literature, philosophy, art, music or commerce. Our world would not be able to sustain itself and develop properly if human beings did not continuously explore new and uncharted paths. It is for this reason that every generation must ensure that its youngsters are provided sufficient opportunities to develop healthy imaginations.

Children’s toys have become a major industry. In the last few decades, we have witnessed a boom in the manufacturing of the most sophisticated toys. Today it is possible to buy dolls that can walk, sing, sleep, cry, smile, speak with other dolls, and even require diapers. No doubt, in just a few years the industry will confuse its clients with evermore lifelike dolls – to the extent that their manufacturers will be able to rush to City Hall and register the dolls as newborns!

Similarly, toy trains, boats, planes, and other vehicles have become more and more like the real things. Some of the electric cars available in toy stores can travel at a speed of 50 kilometers per hour, are equipped with radios, computers and windshield wipers, and can operate on solar power.

While our society, generally, welcomes these new innovations and regards them as a great benefit to our children and grandchildren, this is a major educational mistake.

Interestingly, the Torah is often referred to as a “toy”. King David said: “Were not Your Torah my plaything, I would have perished in my affliction (Tehillim (Psalms) 119:92).

This concept is found in many parts of Tanach. Just as playing brings joy to a human being, so does busying oneself with Torah.

But, of what is this joy composed? No doubt, one of the many elements that contribute to the pleasure of playing is the use of imagination.

Joy is the art of seeing great possibilities.

When people learn Torah, it is not just the information they assimilate that is enjoyable; above all, they thrive on the possibility of creating chiddushim (new insights) by utilizing their own imagination in the pursuit of understanding the Torah. This is one of the reasons the Oral Torah was never completely recorded and why the Torah, and later the Talmud, was written in a most cryptic manner, requiring the student to read between the lines in order to fully grasp the profundity within. This fact allows the mind to expand, and demands much creativity.

“It is impossible that a Beth Midrash (study hall) will not contain a chiddush (Chagiga 3a).” One needs to use one’s own imagination to add what the text itself does not reveal.

Rabbi Eliezer Ashkenazi (1513-1586) – disciple of Rabbi Yosef Karo (1488-1575), author of the Shulchan Aruch – makes this point extremely clear:
“Concerning our faith in the [contemporary] human being, it is stated in Parshat Nitzavim [Devarim (Deuteronomy) (29:13-14], ‘And not with you alone did I establish a covenant …but with those who are here with us and with those who are not here today….’ Therefore, each one of us, our children and grandchildren, until the conclusion of all the generations… are duty-bound to examine the secrets of the Torah on our own… Nor ought we be concerned about the interpretations of others – even if they preceded us – preventing our own individual investigation. Much to the contrary… just as [our forebears] did not wish to indiscriminately accept the truth from those who preceded them, so it is fitting for us… Only on the basis of gathering many different opinions will the truth be tested. Thus, it is valuable for us…to investigate [the meaning of the Torah] in accordance with our own mind’s understanding. And even if in the course of investigation into the secrets of the Torah… we err, it will not be judged… because our intent was for the sake of Heaven. But we shall be guilty if we desist from investigating the secrets of our Torah by declaring: ‘The lions the great scholars of previous generations) have already established supremacy, so let us accept their words as they are…’ Rather, it is proper for us to investigate and analyze according to our understanding and to write our interpretations for the good of those who come after us, whether they will agree or not… And do not be dismayed by the names of the great personalities when you find them in disagreement with your belief; you must investigate and choose, because for this purpose were you created and wisdom was granted you from Above…” (Sefer Ma’ase Hashem, Sha’ar Ma’ase HaTorah, Parashat Balak, Jerusalem, Merkaz HaSefer, 2005).

This matter cannot be emphasized enough among religious Jews, including today’s talmidei chachamim, Torah scholars, who often believe that one is not permitted to add any new insights to the Torah that were not stated by the “lions” in earlier generations. This belief intimates that the wisdom of the Torah has been exhausted and, hence trivializes the Torah.

One of the most important benefits of playing with toys is the fulfillment of children’s need to pretend. Children do not merely play with the toy itself, rather they utilize their imaginations while playing. And the greater the distance between the toy and the product of the child’s imagination, the more intensive and beneficial this pursuit is for the child. Our children will have to use all their imagination to create the world in which they want a place for themselves and will literarily have to think out of the box.

For this reason, it is highly undesirable for toys to approximate reality. A doll that can speak, cry or smile is not a real doll, precisely because it is so “real”. The child is unable to pretend because the manufacturer has already done it for him or her. Since adults do not have the same degree of imagination as do children, they mistakenly believe they need to produce toys that look real. What adults do not understand is that the children themselves will actually imagine that which is missing.

To be sure, initially the child will be very pleased with the state-of-the-art doll that can sing and smile, but a child is unaware of his or her own psychological make-up and will ultimately become bored. There is, after all, very little left to the imagination. In fact, more and more parents complain that the more expensive the toy, the sooner it is likely to be neglected.

Toy manufacturers are certainly making more money than before, but this booming industry does not serve to improve children’s education. For a healthy future, we need adults who will be endowed with healthy imaginations. For the healthy adults of tomorrow we need simple educational dolls for the children of today.

Whether we succeed will depend on the toy industry. After all, Toys “R” Us.

This concept also applies to the Torah: Will we treat it as a most “valued” toy to be “played” with or as a stagnated text that does not allow for any new possibility? 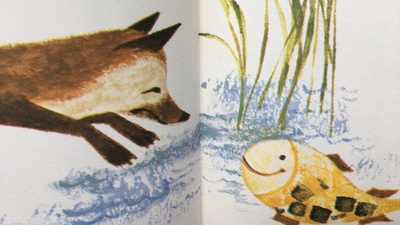 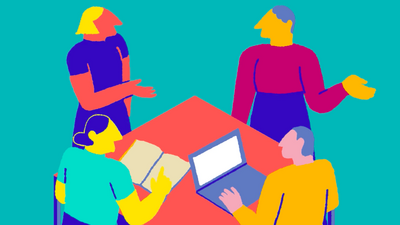