Taking Off My Kippah

A Marvelous or a Disastrous Decision?

Don’t be shocked. But I need to be honest. I am contemplating taking off my kippah. No, I have no intention of becoming irreligious, or even less religious. In fact, I want to become more religious and have come to the conclusion that my kippah prevents me from doing so.

My lifelong efforts to become genuinely religious have so far bitterly failed. Though I am observant, even “very observant,” I want to be religious, and that is an entirely different story. Sure, living according to the halacha is certainly a crucial component of being religious, but it is not what makes me religious. To be religious is to allow God entry into my every thought, feeling and deed. It is to see His handprint everywhere, to have a constant and intense awareness of His presence, and to live up to that awareness.

Halacha should be a continuous reminder, an appeal to be attentive to Him, even in the midst of our day-to-day, mundane affairs. It should teach us that even our trivialities need to become holy and worthy of God, so that our common deeds reach Heaven. Halacha is the external garment of an inner spiritual process, which should be stimulated by those very halachic acts. For that to occur, much needs to be accomplished. To become religious is to face opposition, even when that is oneself. It is to dare, to defy. The way to reach God is through ongoing spiritual warfare, and all we can hope for is to catch a glimpse of His existence. As the Kotzker Rebbe once said, if you cannot win, you must win. Only a pioneer can be heir to a religious tradition. Faith is contingent on the courage of the believer. The task of halacha is to guide us in confronting ourselves when standing in the presence of God, never giving up, even against all odds. But for many observant Jews, religion means living in security and peace of mind. This is the “dullness of observance”, a religious conditioning that turns genuine religiosity and the experience of God into a farce. People are more afraid of halacha than they are in love with God. Halacha is a challenge to the soul, not its tranquilizer.

I now realize that my kippah is one of the main reasons for my failure to be religious. I want to put my kippah on, but to do so I need to take it off. I don’t want to simply wear it. I want to put it on as a daring religious act, a declaration to God that I wish to live in His presence. Not as a spiritual condition, but as an act of elevation and moral grandeur.

The problem is that my kippah no longer carries this message. Whereas its main purpose is to disturb, I put it on every morning and it soon disappears into my subconscious. It is always on my head and therefore never there.

When I first became interested in Judaism and seriously considered “giving it a try”, I began covering my head when I went to synagogue and when I ate. I even dared to sit with my kippah when having a snack with my non-Jewish friends from the Gymnasium, the high school I attended in Holland. I was very conscious of my kippah and needed to take it off, so that when I’d put it on again I’d feel it on my head. This was exciting. It made me proud, and I was filled with awe. My kippah reminded me that there was Someone above me. It existentially unsettled me, making me wonderfully uneasy. The magnificent and majestic feeling of living in God’s presence was accompanied by a tinge of fear. My hands trembled as I put it on. Not because of what my non-Jewish friends would say (they were sympathetic), but because of what I would feel. What a responsibility and privilege!

Now, 55 years later, I am so used to my kippah that I have developed a love-hate relationship with it. I realize that I lost my kippah many years ago, the moment I decided to wear it all the time. It no longer reminds me of Him. It just sits there, a meaningless object, having nothing to do with my attempt to be religious. So, I find myself in a painful, depressive situation, and no rabbi or psychologist can help me. Most do not even understand what I am talking about.

Deep down I know the remedy. I need to take it off, to stop wearing it and occasionally put it on again. Only then would I recognize it again as my friend and feel inspired. It would remind me once more that Someone is above me and it is a privilege to live in His presence. It would help me to be truly religious and not merely “observant”. If I would take off my kippah, it would once more come to life, as when I tried it in my youth. I would have a relationship with it and begin loving it again. Oh, what a sweet thought!

But can I do it? Halachically, there is no problem. There are enough opinions to allow me to walk around without ever needing to put on a kippah. True, Rabbi Yosef Karo (1488-1575) rules in his famous Shulchan Aruch (1) that one should always wear a head covering. But the Gaon of Vilna (1720-1797) takes issue with this ruling (2), and it is even uncertain that he ever covered his head. Basing his view on the Talmud in Kiddushin 31a, he informs us that there is no obligation ever to wear a head covering. Not even when I pray, say a blessing or study the Torah. In fact, the Talmud reminds us that wearing a head covering is only middat chassidut, a pious deed, but not an obligation (3). It should be a spontaneous act of reverence for God. The Talmudic sages clearly had in mind that our souls be aroused when donning a kippah. After all, that is genuine piety. Now that it has become an obligation, it has begun to lose this very quality. And while our forefathers may have been spiritual enough to gain inspiration from it even when it became an imperative, most of us no longer feel any such uplifting experience. Alas, instead of the kippah assisting us in being pious, it has now become an obstacle and counter-productive. We need to dispose of it in order to put it on again as a deeply religious act.

But what will my grandchildren and great-grand-children say when their (great) grandfather will have stopped wearing his kippah? Will they, who have been raised in an “observant” society where removing one’s kippah is an act of heresy and a sign of blatant secularism, ever understand what their (great) grandfather had in mind? Will they become more religious when they see me only occasionally covering my head? Or will they conclude that since their (great) grandfather no longer takes Judaism so seriously they can follow suit? It scares the life out of me to think of the consequences. They may see my act as one of rebellion against what I love most, Judaism. Will it help when I tell them my reasons? Becoming more religious by taking off my kippah? I shudder at the thought.

But I worry not only about my grandchildren. My students and friends as well may not understand my decision and as a result may adopt leniency in their commitment to Judaism and wearing a kippah. Will they understand that because they want to take off their kippah when it “bothers” them, or it’s more pleasant to walk bareheaded, or they don’t want to be known as too Jewish, for that very reason they should wear it all the time? Will they see that the difference between us is that they want to take it off and I want to put it on?

The story does not end here. Today, the kippah is a powerful symbol of Jewish identity, a fact that cannot be underestimated. It is a statement of Jewish pride, courage, and commitment to living with a mission. And if there’s anything I want, it’s to be a proud Jew! So, shall I leave it on despite my objections?

How difficult is my choice, now that it has become customary for Israeli criminals to wear kippoth while standing trial, to make a good impression on the judge. Do I want to walk in the path of sinners and sit in sessions of scorners? (4) As Cervantes would say, “Tell me thy company and I will tell thee what thou art.” I still recall, with affection, the days when those wearing kippoth were known to be upright people.

Perhaps the solution is to wear a kippah shekufa, a transparent kippah seen by no one but the Lord of the Universe. Still, would that help me in my search for religiosity? I need to be both bareheaded and wearing it all the time. Who would have thought that something as simple as a kippah would become a religious problem of considerable magnitude? None other than Spinoza said that all noble things are as difficult as they are rare. Was he referring to his former kippah? A blessing on his head! (5)

(3) It is well known that many Orthodox rabbis of the past did not wear a head covering. In the famous Orthodox school in Frankfurt am Main, established by Rabbi Samson Raphael Hirsch (1808-88), the students sat bareheaded when they studied secular topics. The famous German halachic authority of international repute, Rabbi Dr. David Tzvi Hoffmann (1843-1921), told the following story. When he came with his head covered to visit Rabbi Hirsch, the latter told him to take it off since it would be seen as a sign of disrespect. Some maintain that Rabbi Hirsch wore a wig and did not always cover his head. For an informative study, see “Yarmulke: A Historic Cover-up?” by Dan Rabinowitz in Hakirah, the Flatbush Journal of Jewish Law and Thought, Volume 4, Winter 2007, pp. 221-235.

(5) The implications of this essay go far beyond the issue of the kippah. They touch on the very nature of Judaism and halacha. I hope to return to this topic in later essays. 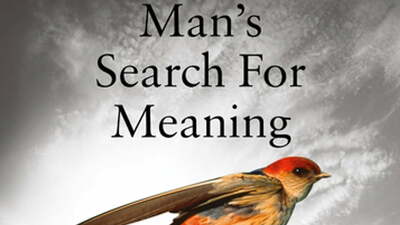