Goethe, Herman Wouk and Walter Kaufman and the Art of Reading the Torah Correctly

As mentioned in my last essay, the Torah is not a text to be read as a book – rather, it is to be seen as a divine “notebook”, containing succinct summaries of a greater lecture or series of lectures. Moshe first heard the lecture in its “sum total” when God delivered a series of lectures to Moshe (our tradition has this process of God teaching Moshe orally on Mount Sinai for 40 days).

After this, Moshe wrote his “notes” at the “dictation” of God (the Written Torah), whatever “dictation” may mean. This observation and conceptualization comes from Rabbi S.R. Hirsch. The concept of a “divine lecture”, which is the foundation of the Oral Torah, is much more complex and demands further study that lies outside the scope of this essay.

Returning to the issue of Bible Criticism that I discussed in the last Thought to Ponder, there are other ways to examine how to deal with this matter.

Walter Kaufmann (1921-1980), a secular Jewish professor of philosophy at Princeton University, discusses the approach of the Bible critics and suggests another way that reveals the many errors of Biblical Criticism.

“Imagine a Higher Critic, analyzing Goethe’s Faust, which was written by a single human being in the course of sixty years. The scenes in which the heroine of Part One is called Gretchen, would be relegated to one author; the conflicting conceptions of the role of Mephistopheles would be taken to call for further divisions, and the Prologue in Heaven would be ascribed to a later editor, while the prelude on the stage would be referred to yet a different author. Our critic would have no doubt whatsoever that Part Two belongs to a different age and must be assigned to a great many writers with wildly different ideas. The end of Act IV, for example, points to an anti-Catholic author who lampoons the church, while the end of act V was written by a man, we should be told, who, though probably no orthodox Catholic was deeply sympathetic to Catholicism. Where do we find more inconsistencies in style and thought and plan: In Goethe’s Faust or in the Five books of Moses?” (emphasis added) (1)

Nobody doubts Goethe wrote all these texts, says Kaufmann, inconsistencies prove the genius of Goethe! He could write in so many different styles, giving the impression that the texts were written in different ages, in order to reflect many different and even opposing views that are all parts of life.

Kaufmann then states the following: “Any suggestion of the close affinity of religion and poetry is generally met with the retort that a religious scripture is not mere poetry, which is true enough. But at the very least one might accord a religious scripture the same courtesy which one extends to poetry and recall Goethe’s dictum: ‘What issues from a poetic mind wants to be received by a poetic mind. Any cold analyzing destroys the poetry and does not generate any reality. All that remains are potsheds which are good for nothing and only incommode us.’” (2)

One is reminded of the famous American author, Herman Wouk, who wrote: “Literary analysis has been used for generations by obsessive men to prove that everybody but Shakespeare wrote Shakespeare. I believe literary analysis could be used that I wrote both David Copperfield and A Farewell to Arms. I wish it were true.” (3)

Once more it proves our point that one cannot read any text – and surely not the biblical text – objectively.

In all these instances one must remember Reinhold Niebuhr’s observations that “There is nothing more irrelevant than an answer to a question which nobody asks” and that all books are really an attempt to answer an unpronounced question. Just like poetry needs to be received by a poetic mind to be appreciated, so the biblical text needs to be received by a “biblical mind”. In the absence of such, one is never able to appreciate the higher meaning of this “divine” (whatever this term may mean) text. 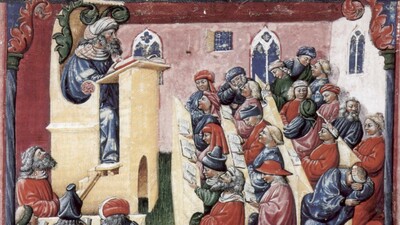 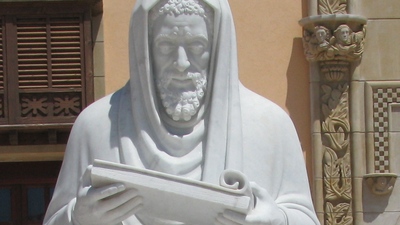